Let’s start this off with some honesty: The last few years have been a total s*^@show. I mean, have you ever thought about how we are still kind of, sort of mentally processing 2020 and all of its drama? Do you realize we are 21 months past that first quarantine? The one where we were all wearing gloves to get our Shipt orders off the porch and using Lysol wipes to clean the cans of actual Lysol before we brought them in the house?

Add in life with a first responder who has to go to work and has to be in close contact with people, plus a child with special challenges that make things extra hard, and this mama is extra tired.

As we entered 2021, I was determined to make it a good one. I had big plans. I had surgery scheduled on January 5, not even a week into the new year, and the ever-changing hospital COVID protocols meant that I was there all alone – no visitors. Nobody but me to be my hype-man walking the lonely halls dragging my IV pole.

Fast forward to recovering at home, and I knew I had to set some hard goals to make 2021 a better trip around the sun. As we look ahead to 2022, maybe some of these will help you do the same.

1. Stop Buying So Much Junk Food

If you don’t have it at the house, you won’t be able to eat it. Buy fruit. Buy vegetables and dip. Don’t buy the Doritos. The kids will be fine, and everyone will feel better.

I’m a people-pleaser by nature. I’m a fixer. I’m a doer. I will take the task and do it better. I overcommit. I overexert. And I’m hard on myself. That is who I am as a

I decided to be better about saying “no” when I know I don’t have the bandwidth to give it everything I’ve got. It’s probably the most difficult one on this list, but saying “no” to one thing leaves space for another thing, and if you always have one empty parking space held, you can prioritize without compromising your performance standards.

You do not have to devote so much time and effort to mindless fluff. You do not have to write a ten-paragraph email to that distant coworker to ask that an extra box of paperclips be thrown into the next office supply order. You do not have to spend so much energy making other people feel good that it becomes detrimental to your own mental health.

We are still in the middle of this one. Somehow, in the six years we’ve lived in our house, we have acquired so much stuff. I’m done. I’m done with having to pilfer through stuff to find the stuff that I need to do the other stuff. WHY IS THERE SO MUCH STUFF?!

Get rid of the toys and clothes that your kids can’t wear anymore. Donate the school uniforms to the school’s closet. It’s amazing what a clean closet will do for your brain. One room at a time, mama.

See all that work you did for #4?? Don’t ruin it by filling those empty spaces with more stuff! This year, for Christmas, our daughter got to do things, not play with things. She received renewed memberships to the Oklahoma City Zoo, Science Museum Oklahoma, and a new one for Frontier City.

We’re gonna go do fun things as a family, instead of watching mindless television while she plays with stuff. GO. DO. LIVE. You don’t need any more stuff.

Maybe another controversial one, but little has brought me to crying laughter like this stupid app has this year. So much has happened while we’ve been navigating this weird world, and there are some seriously funny people out there. If you aren’t following Justin Nunley, Don’t Cross A Gay Man, or Dancin’ Wayne, you’re missing out on some serious after-the-kids-go-to-bed laughter.

I know this app can be a time-suck. It will cause you to blackout for hours at a time. But do it. We all need a good laugh. 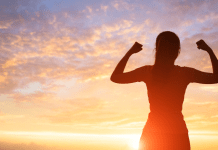 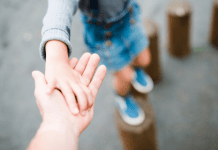