Even if you aren’t a die-hard history buff, learning about the hidden stories beneath things you walk by all the time can be fascinating. Museums and libraries, of course, have those stories in abundance. However, there is something special about standing on the very ground where history began. Downtown Oklahoma City is full of hidden black history stories, and some are accessible by the OKC Streetcar.

Whether you are looking for a new way to observe Black History Month, or want to add an educational component to your next trip on the streetcar during the warmer months, this self-guided black history tour could make you see your surroundings with new eyes.

Begin your tour in Deep Deuce, the heart of downtown Oklahoma City’s black history. Deep Deuce was born from the passage of one of Oklahoma City’s first segregation ordinances in 1915, which confined the black families that had settled in the area for warehouse jobs to 2nd Street, east of the Santa Fe tracks. Even though parts of it were bulldozed to build I-235 and I-40, you can still walk the streets Ralph Ellison and other prominent black Oklahomans once walked. The building formerly owned by Dr. W.L. Haywood, one of the founders of the first black hospital in Oklahoma City, is now home to the Deep Deuce Grill. Immediately to the west of it is where Aldridge Theater once stood. Black Oklahoma City residents could see vaudeville and movies at Aldridge Theater, and legendary performers such as Billie Holliday and Duke Ellington performed there. The second site for Oklahoma City’s first black newspaper, The Black Dispatch, was located here. The Black Dispatch was founded by Roscoe Dunjee and ran from around 1915 until 1982. Twenty-eight years later, the last black-owned business in Deep Deuce would open up on this site, albeit in a different building from where The Black Dispatch was printed. Urban Roots, a restaurant and performance venue that aimed to preserve and present the spirit of Deep Deuce in its heyday, was open from 2010 to 2015. As you travel south on Russell M. Perry Ave., you’ll pass by a residential neighborhood called The Hill. Those homes sit where the first location for the Black Dispatch once stood, as well as Utopia Hospital, the first hospital built to serve Oklahoma City’s black population, out of which Dr. Haywood and Dr. W. H. Slaughter practiced. A couple of blocks and you will reach the East Bricktown stop. You will board the streetcar there to get to your next destination.

A short walk north from the Santa Fe Hub stop will find you at the westernmost end of the Bricktown Canal. It is hard to imagine a school operating there now, but one of the original sites for Frederick Douglass High School was once here. Frederick Douglass High School sat at 200 E. California until 1934. Its very first location is buried beneath the lush greenery at the next stop on your tour. Of course, there is much to see at the Myriad Gardens, and this is a good time to take in the beautiful foliage or grab a bite to eat, but what you may not know is just how much historical significance is found at this stop. The Myriad Gardens rests atop of a great deal of Oklahoma City history, and somewhere in the middle of it is where the original Frederick Douglass High School stood before it burned down. (If you are short on time, you can skip this stop and walk directly from the Bricktown Canal to the next destination.)

From the Library stop, you’ll walk over to the Business District, where your Black History tour ends. There, on the corner of Main Street and Robinson Street, is where Katz Drug Store once stood. This unassuming corner was the site of the infamous sit-in organized by history teacher and Oklahoma civil rights icon Clara Luper, which began on August 19, 1958. This sit-in, which was the idea of Luper’s then-nine-year-old daughter Marilyn, lasted two days and was a pivotal chapter in Oklahoma’s civil rights movement. Of course, black history in Oklahoma City is not confined to downtown. For additional resources, the Oklahoma History Center and Oklahoma Black Museum & Performing Arts Center are great places to check out after you finish your tour. When the renovation of the Freedom Center and construction of the Clara Luper Civil Rights Center are completed, they too will aid in keeping Oklahoma City’s black history alive for generations to come. 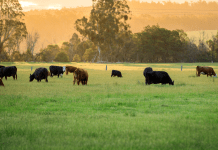 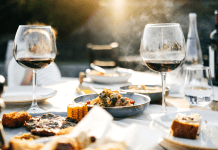 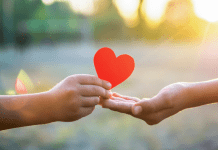