Five minutes into a phone call, I heard it.

A terrible, loud thud followed by a screaming cry. Somehow my mind instantly knew what the sound was, as I hung up the phone and rushed to my youngest’s bedroom. I found him face down on the wood floor – not in his crib where I had laid him down for a nap.

Somehow my 8-month-old had climbed out of the crib and fallen. Terrified and panicking, I called my pediatrician who said he was most likely fine if no bones appeared to be broken, but to watch out for signs of a concussion. If I saw signs of a concussion, I was advised to take him to the ER immediately. Not one minute after getting off the phone, he threw up.

Years of watching The Office has taught me many things, but that day, Dwight’s concussion episode came rushing to my mind. Throwing up was a sign of a possible concussion after head trauma.

I hadn’t been to an emergency room since I was a child and had broken both my arms. As an adult, I had never even thought through what we should bring, or do, or even which emergency room or hospital we should go to if something happened to one of our boys.

Five hours later, my baby and I were cleared to go home from Children’s Hospital. He was fine. It was determined that he had just worked himself up from crying, which resulted in throwing up.

Just two weeks later, my oldest son woke up with an abnormally swollen eye. By the end of the day, his eye was so swollen that we worried it would rupture a blood vessel in the middle of the night.

Off to the emergency room we went. Thankfully, this time I was a bit more prepared. I quickly threw together a bag with some toys, books, water and snacks. I drove to a much closer ER. We were admitted and seen by a nurse and a doctor within five minutes of parking the car!

He ended up being fine too. The doctor correctly diagnosed him and prescribed him something that almost immediately brought the swelling down.

Ten days later…we were back. This time it was the baby again. Three emergency room visits in less than a month. Again and thankfully, everyone was okay, but at this point, I felt like it was routine.

That month was crazy. We haven’t been back to our home-away-from-home since then (knock on wood), but I have two young boys. I expect we will be back to the ER at some point in the next 18 years.

I truly surprised myself at how unprepared I was for that first ER visit. It’s a situation I hope no mom ever finds herself in, but it’s better to be prepared than frantic and in shock the way I was. Get your ER Game Plan in place today.

How about y’all? What are your ER stories and advice? 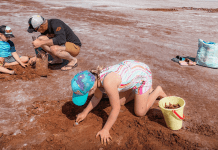 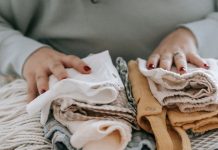 No One Warned Us: Putting Away the Newborn Clothes Can Be Tough